More than 250 delegates from 35 different countries met in Brussels last week to discuss current issues in consumer product safety. The week included a two-day meeting of the International Consumer Product Health and Safety Organisation. Here are a couple of highlights:

One session was dedicated to discussing developments in the online consumer product marketplace. (The convenor opened by suggesting the miserable Brussels weather we were all experiencing was reason enough for the increasing popularity of buying online).

The scale and nature of the market and its supply chains present a particular challenge for product safety. Key factors were listed as: low barriers to entry, new and evolving platforms, and intermediary players that are difficult to trace.

We heard a few stories about consumer protection agencies encountering obstacles in their pursuit of rogue suppliers. Australia has recently acted against a leading online trader which told the regulator that product safety compliance was not really in its business model. That model was mostly around acquiring random consignments of goods from around the world. That trader was hit with a substantial penalty.

From Austria we heard a story of a young boy who suffered damage to both eyes from a laser pointer bought online which was marked with a low power rating but actually gave off 17 times that level. The authority’s pursuit of the trader took them from an Austrian website to an English post office box, to an address in Ireland – none of which could name the manufacturer. They ultimately tracked the source to a fulfilment centre in Germany that could trace the product and make reparation. The agency’s tenacity won the day in the end.

We heard from some leading players in the online market, who pointed out that trading platforms are not in a position to monitor the compliance of its traders while remaining competitive. However they can still play a key role in managing safety. Representatives from trading platforms, including eBay and Ali Baba, spoke about their strategies which include educating sellers on product safety and stopping sales once alerted to a safety breach.

eBay is mindful that safety rules vary between jurisdictions, but will often step in to alert sellers or stop sales in all jurisdictions on the basis of one jurisdiction’s ruling. Ali Baba imposes a higher threshold for its B2C sellers than B2B. They have also set up an easy problem-reporting system for sellers and buyers.

And the US CPSC told of its work with Ali Baba at the height of the hoverboards crisis, arranging that only qualified sellers be able to offer hoverboards on their platform.

The Internet of Things

An interesting panel discussion was held on safety implications of the Internet of Things. Speakers explained both positive and negative possibilities.

The Internet of Things is a term used to describe interconnectedness of smart devices.

George Borlase, of the US CPSC’s office of hazard identification and reduction, explained that there are two main areas for reducing risk: safety sensors throughout homes, and better alarming and notification.

We heard about smoke alarms that monitor their own power supply (taking the chance out of battery replacement), can recognise steam compared with smoke (thus reducing false alarms which often lead people to disable them), and can send a message to home owners via their smart phones.

Other applications include stove hotplates being set to turn off once everyone has left the house. And Bluetooth enabled child seat buckles that send a smartphone alert if a child is left in a car.

Conversely, remote operation raises potential for hazards in unattended spaces. One example was turning on a heater remotely without regard for flammable objects close-by.

One key issue was raised regarding software that may be created and sold by parties other than the original product supplier. Could software cause a defect? change compliance levels? operate notification systems improperly? What if software providers are transient operators that do not have ongoing servicing?

Gordon Hayward, an independent British product safety consultant, suggested that IoT actuators (things that switch products on and off) should be considered with greater caution than IoT sensors.

The European Commission has created the Alliance for IoT Innovation (AIOTI) to help manage developments. It was also pointed out that the insurance industry will play a key role in IoT safety measures. Potential for an industry code and certification scheme was raised.

We also heard about how to best communicate safety to the Millennial generation; implementing ISO product safety and recall standards 10377 and 10393; and safety criteria for innovative products. ICPHSO members will be able to access presentations through its website.

And stay tuned for a podcast interview I did with Dr Jeremy Opperer of consulting firm Exponent, discussing his presentation on consumer safety messaging. 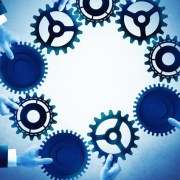 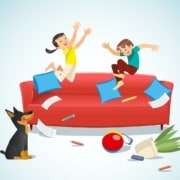