I met Angela Daly as a fellow speaker at the Inside 3D Printing Conference in Melbourne 2015. She had been exploring some of the non-technical aspects of 3D printing and has now published a new book that examines the topic from a number of angles.

The new book Socio-legal aspects of the 3D printing revolution, by Dr Angela Daly is published by Palgrave Macmillan. It focuses on consumer-oriented 3D printers.

In this article I look at the product safety aspects covered in Angela’s book. The chapter notes that the mass production system is structured to accommodate both self and formal regulation, which provides for products that typically meet safety standards and some supply controls. By contrast, prosumer production is highly decentralised which raises a range of novel problems.

3D printing of weapons is covered – from the ground-breaking Liberator model onwards. The chapter discusses the situation in both the USA and Australia, which have contrasting gun control laws.

Medical products such as prosthetics can be made on entry-level printers, but the chapter explores a dilemma for developing countries that involves balancing lower cost items and greater availability against compliance with safety and quality standards.

The chapter explores the notion that product liability actions are limited where consumers are injured by prosumer made goods. It notes that product liability laws have been written to impose accountability across supply chains. In fact, existing laws in the US, Europe and Australia apply only to suppliers in trade or commerce. Small-scale prosumers are unlikely to be caught by the current laws.

Dr Daly quotes an article by Nicole Berkowitz Strict liability for individuals? The Impact of 3D printing on products liability law, which points to the prospect of prosumers having less regard for safety in design than established suppliers. This, the article suggests, could lead to negligence claims.

The chapter also cites Nicole Berkowitz’s proposal to create a new supplier class such as ‘micro-seller’ – intended to cover those suppliers of 3D printed goods that are more than an occasional seller, but fall short of being considered an enterprise seller. Such a category could strike a balance for liability purposes between strict liability and a prosumer’s practical capabilities.

Digital designers and others

Liability of digital designs is also explored, noting that product liability laws usually only deal with products supplied to consumers. This is further complicated by designs supplied free of charge. Design repositories and centralised sellers such as Shapeways may or may not be caught as defendants.

Additional enforcement challenges are listed for Europe, including jurisdictional reach and lack of insurance taken out by small-scale designers or suppliers.

The chapter concludes by saying while there is very much potential for 3D printed objects to become widespread in the future, at present this is not the case. Nonetheless, 3D printing does clearly challenge areas of product liability.

As stated in the opening chapter of the book introducing the social aspects of the phenomenon:

(3D printing has) the ability to print many kinds of complex objects including dangerous ones in the home. The nation-state is thus less able to control individuals’ access to these items and in consequence its own power and authority is diminished.

As I argue in my white paper, 3D printing and Consumer Product Safety all players have a role to play in managing safety as prosumer level 3D printing grows. The 3D printing industry, prosumers, designers, lawyers, standards makers and governments all need to evaluate the implications and take action. 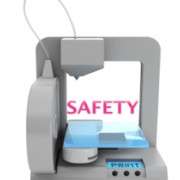 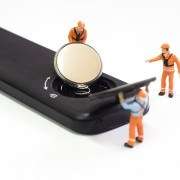 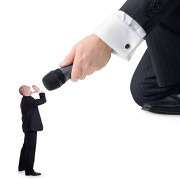 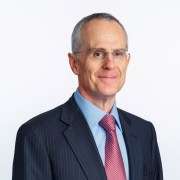